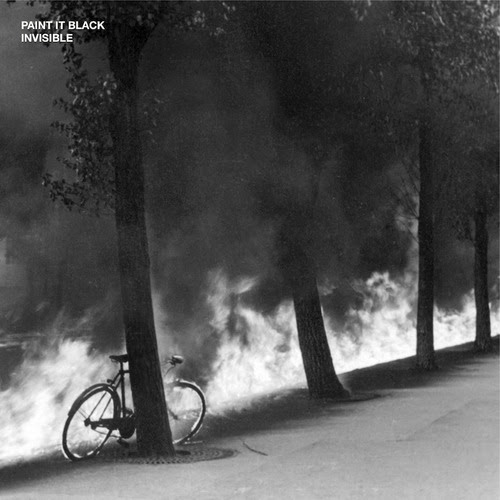 Nach mehreren Jahren Pause wird es endlich wieder neue Musik von Paint It Black geben - die EP "Invisible" wird Anfang April 2013 via No Idea erscheinen. Die Band zum Release:
"This new record has been in the works for what feels like a long time. So long, in fact, that it seems like a lot of people, us included, stopped believing it was really going to happen....

The challenges of geography, too many bands and tours, and other more mundane aspects of adult life, all conspired to delay and discourage us.  But here we are, despite these obstacles, with a new record and a renewed sense of purpose. And in a way, that’s what these new songs, and this band, are really all about.  This music, and the culture and community that surround it, don’t really have an expiration date, even though the larger world around us would have us believe that these are childish things, to be put aside as we become responsible, productive citizens.  Now, that is obviously bullshit of the highest order. But this isn’t about avoiding adulthood; it’s about redesigning it so that it doesn’t clash so violently with our most deeply held beliefs. It’s about the compromises we refuse to make, but also about the subtle negotiations between ideals/aspirations & day-to-day pragmatics. It’s about figuring out how to keep making noise even when life quiets down. Yes, it’s about parenthood, but it’s also about deliberately resisting corrupt mainstream value systems, even (especially) when they’re bombarding you from all sides.  It’s about brutal, devastating loss. More than ever, it’s about alienation and outrage.
We can’t wait to share it with you."