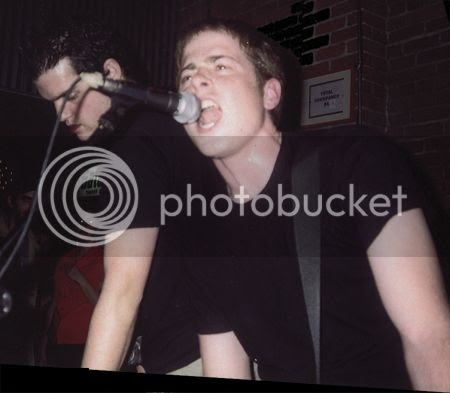 David Jones von Enemy You ist tot. Fat Wreck Records schreibt:
"As some of you may know, David Jones of Enemy You has passed away. He was our good friend and we are totally devastated. David, Enemy You and Fat go back a long way. Chicken and Ken (Dead To Me and Western Addiction) both played in Enemy You, Ken as a founding member with David. Enemy You contributed an amazing record to our Fat Club 7” Series in 2001, a record which contains one of the great Enemy You songs: “Kind Hearts.” David was truly a kind heart and one of the raddest people you could ever hope to know, hang out with, play video games with, talk Middle Earth with, and endlessly debate the merits of post-Brett Bad Religion with. We will always miss David in his red hoodie, singing along at DTM, TBR and WA shows. Rest in peace, brother."
Eingestellt von Tito um 01:44