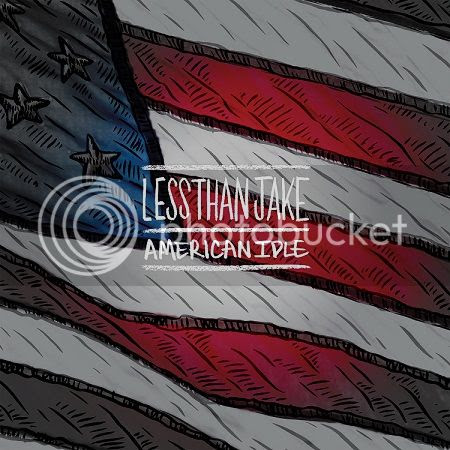 Im Januar 2015 werden Less Than Jake eine neue 7" namens "American Idle" herausbringen. Drummer Vinnie Fiorello dazu:
Another limited seven inch release and this time it’s the last spare song from the See The Light session “Late Night Petroleum” . The flip side is an album track and one of my favorite songs from See The Light “American Idle”. This time the vinyl release coincides with our January tour with long time friends Reel Big Fish and Authority Zero that zigzags across the US. In March we have announced a UK and Europe tour with past tour mates Yellowcard. Stay tuned for the pre-order at the beginning of January as there will be 2 very limited colors available via the Less Than Jake webstore, and another limited color via Fat.
Eingestellt von Tito um 05:40